You are here: Home / History of West Allis, Wisconsin

Listen to our Society president, Devan Gracyalny, talk about how West Allis got its name on the Sept. 20, 2019 edition of Bubbler Talk on 89.7 WUWM.

Devan presented “The History of West Allis” to the community on Wednesday, Jan. 8, 2020 at West Allis City Hall.

In 1837, settlers established a hamlet at a location that is now South 81st Street and West National Avenue. At that time, the area was known as “Honey Creek” and included a few small houses, a blacksmith shop, sawmill, post office, two churches, and a log schoolhouse. The stagecoach passed through this settlement weekly, to and from Wisconsin’s eventual state capitol, Madison, Wisconsin. In addition to carrying passengers, the stage also was used for hauling the mail.

The little Honey Creek settlement saw its first bit of progress in 1880 when the Chicago Northwestern Railway built its line through the hamlet to Madison. M The railway company called its station “North Greenfield”. In 1887 the area was platted and the village officially became “North Greenfield”. 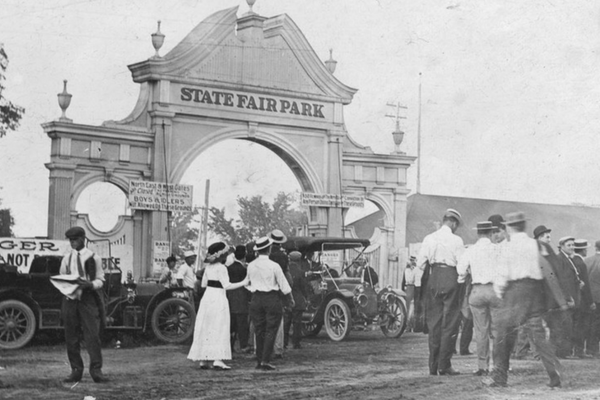 In 1891, the Wisconsin State Agriculture Society established the Wisconsin State Fair at its present location. The establishment of the fair grounds made it necessary to provide public transportation facilities from Milwaukee to this area. Residential, industrial, and commercial progress was stimulated by the decision to locate the state fair in North Greenfield.

Sunday, November 25, 1900, is a significant date in the history of West Allis. On that day, Stutley I. Henderson, whose family was one of the area’s original settlers, called upon Charles Allis of the Edward P. Allis Company (later named the Allis Chalmers Manufacturing Company) for the purpose of selling him property for the location of Allis’ new plant. The original Allis factory had been located in Milwaukee. One hundred acres of land (around present day South 70th Street and W. Greenfield Avenue) were sold to the Allis Company at a cost of $25,000. Construction of the huge plant was then started on the location served by both the Milwaukee Road Railroad and the Chicago Northwestern Railroad with a spur line joining the two railways. 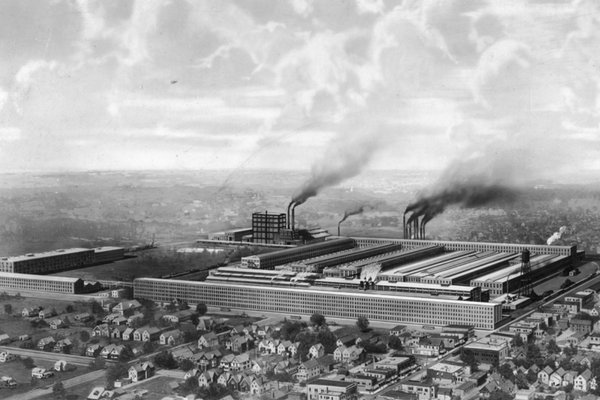 By 1902, the Allis Company has started its factory. Other industrial plants, including the Rosenthal Corn Husker Company and the Fred Prescott Company had also established factories in West Allis. The industrial boom gave impetus to the building of homes for the owners and employees of the factories with the result that hundred of residences sprung up in the area that was still principally meadows and woodlands.

Much residential growth had taken place in the east part of the city, west of the boundary, which now is South 56th Street, and south of the Milwaukee Road tracks. North Greenfield was the focal shopping area at the west limits of the city, and the area lying in both the towns of Greenfield and Wauwatosa had two locations where there was a concentration of residences. Civic leaders felt that it would be well to incorporate the entire area so that it could have a village form of government. The name of “West Allis” was adopted for the village, which was incorporated on May 31, 1902 with a census of 1018. An election of officers for the new village was held on July23, 1902 with Fred W. Henderson elected village president.

On April 2, 1906, Governor J. O. Davidson declared the village of West Allis to be a city of the fourth class with a population of 2, 306. The first mayor of the city was Frank E. Walsh. 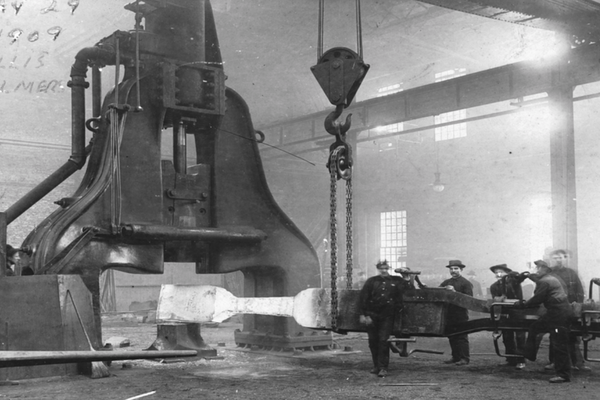 With the occurrence of World War I in 1917, the community experienced another tremendous industrial boom. Progressive refinements and improvements resulted in the staffing and equipping of the city’s various governmental services. The 1920s as a whole were kind to West Allis. Prosperity, busy factories, and expansion of public improvements made it a good place in which to live and work. The city’s population soared during the decade. Climbing out of the depression of the 1930s West Allis experienced a new period of growth immediately following World War II and remained a vibrant, manufacturing based community until the early 1970s.

While West Allis expanded its boundaries in a conservative manner during the first half century of its progress, it still had only four square miles of territory in 1953. Most of its industrially zoned property was occupied and building lots for residential purposes were scarce. In light of this situation, the city government annexed several square miles of area in the towns of Greenfield and Wauwatosa during the 1950s. After the annexations, West Allis grew to some 11.5 square miles.

By 1990, West Allis had weathered several long recessions, the worst of which occurred in the early 1980s. Many longtime companies, including the city’s namesake, Allis-Chalmers, were hard hit. Allis-Chalmers ceased all production in the city in the late 1980s.

West Allis became a city in transition with its economy becoming increasingly diverse. Service industries, retail and office parks, green spaces and modern apartment complexes are springing up in areas where manufacturing concerns once dominated. In recent years, developers have taken an interest in West Allis’ centralized location and supportive business community, and redevelopments of many former industrial sites are underway. Former factories in the historic Six Points neighborhood are being replaced by Mandel Group’s Market at Six Points development, a multi-use development with retail and business space; commercial sites along 84th St. will become 84th South, a mixed-use development from Ogden Corporation; and early stage planning is beginning with the intent to raze and redevelop the former Allis Chalmers administrative building along 70th St. to revitalize this central part of the community.

West Allis is now the eleventh largest city in the state with a population around 60,000. The community boasts nearly twenty parks, the regional destination West Allis Farmers Market, a unique and diverse dining scene, and numerous community events throughout the year.

As West Allis continues its evolution, its commitment to community remains strong. In West Allis, you’ll find 21st century opportunity in friendly, historic neighborhoods. Visit us today to learn more about our past and future.